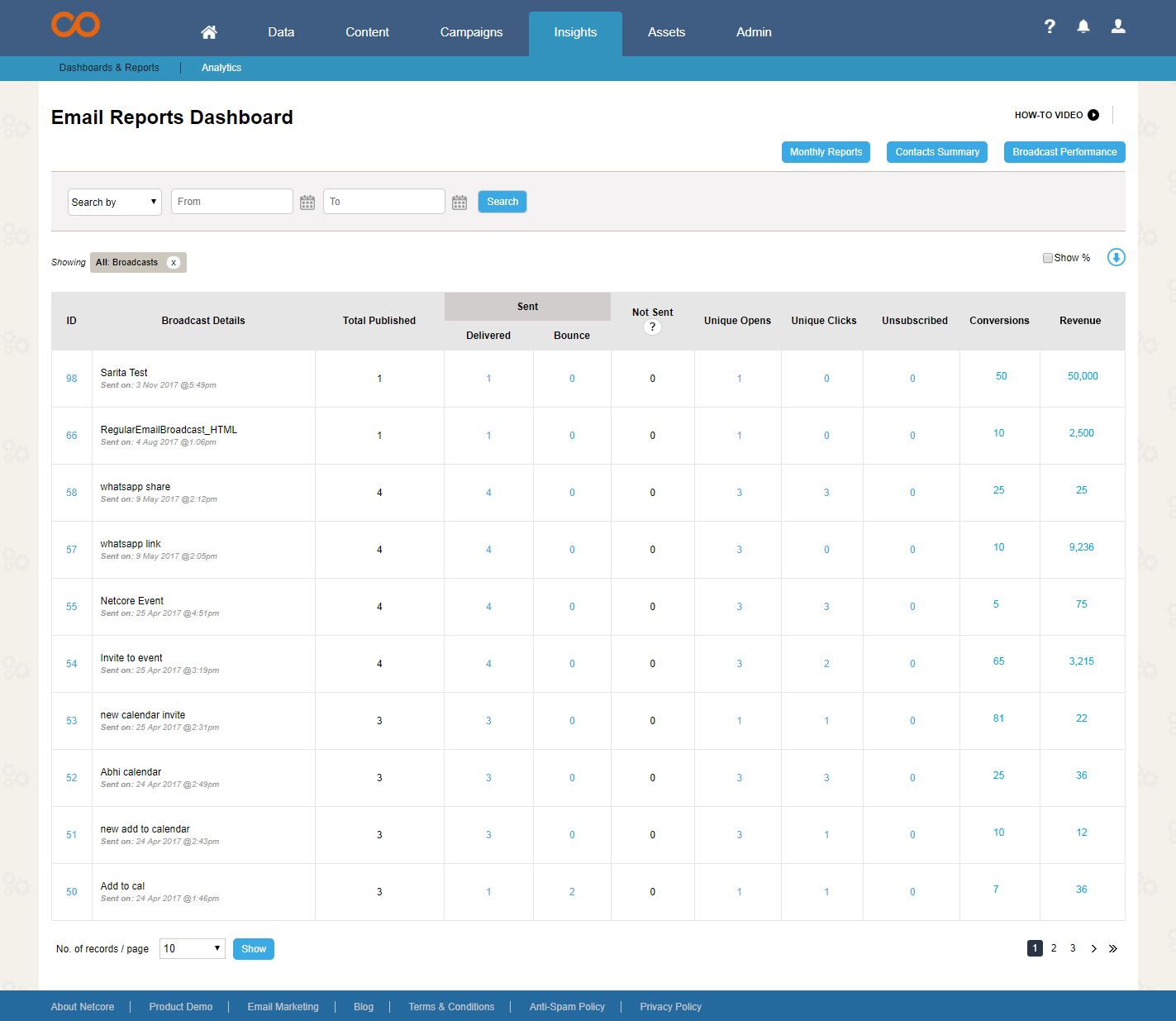 CEE offers detailed and advanced reports to help you gain insights on how are the broadcasts performing. You can view broadcast specific reports comprising real time intelligent data. You can leverage this data to plan and execute your future email marketing activities.
Detail Broadcast Report

As the name suggests, this report gives a holistic view of a Broadcast’s performance. To view the reports, go to the Reports Dashboard, and click View against the Broadcast whose report you want to see.

The statistics that the Detail Broadcast Report provides are:

Click Map: This report shows the visual representation of total clicks on the email. Each call-to-action (link) shows an individual value as a percentage of total clicks. Please note that the clicks counted are total number of clicks, and not unique clicks. That is, if the same contact clicks on a link twice, it is counted as two clicks and is added up to the percentage. Click Map gives you the idea which link performs the best so that you can use the data to plan your broadcasts accordingly.

Periodic Trend: It shows the pattern of time in which the broadcasts are opened and clicked during a day. For example, most emails are opened during the 12.00 – 2.00 p.m time. Getting this trend can help you schedule your broadcasts during the time when your contacts are most active.

Devicewise Trend: This reports shows details of how does the broadcast perform on:

You can use this information for gaining insights on how does the email fare on platforms and devices. For example, if a high percentage of emails are opened on mobiles, you may want to ensure that all your email templates are responsive.
Domainwise Trend: Gives the statistics of broadcast’s performance based on the domains of the email addresses of the contacts.
Social Media Trend: When the broadcast is shared on social media platforms like Facebook and Twitter, the Social Media trend shows the number of likes, retweets etc.
Geo Location Report: This report shows the location from which the contact has opened the email. You can use this data to send geo-targeted Broadcasts.