Funnel Analytics enables you to calculate conversion rates on specific Contacts’ behaviours. A funnel is a set of steps that the Contacts go through before they can reach the final marketing goal, like making a purchase, signing up, making a reservation, etc. Funnel Analytics enables you to know how many contacts enter each step of the funnel, how many drop out at each step, and how many finally reach the bottom of the funnel which is your marketing goal. This data can help in identifying the gaps and taking necessary measures to fill them up.

In CEE, you can design your cross channel funnels the way you need. You can identify specific points in the customer journey where your efforts are not bringing the desired result, thus empowering you with valuable information to modify your marketing.

Elements of a Funnel

Following elements shall help you understand how to create a funnel

The number of days for which the funnel is to be analysed. Only those users will be considered who perform the first step of the funnel. Example, 7 days funnel

Click on the '+' button to define the funnel steps.
Select Channel
Select Channel metric to be analysed.
Select Broadcast, Trigger, Tags.
Click Save.
This will plot the unique users who performed the defined step.

Similarly, further steps can be defined. For example, when step 2 is defined and plotted, the output of step 2 will be the unique users who performed step 1 & step 2.

Between the Steps:
Conversion percentage of contacts between 2 steps.
Average time is the time taken by the contacts to complete the two consecutive steps. 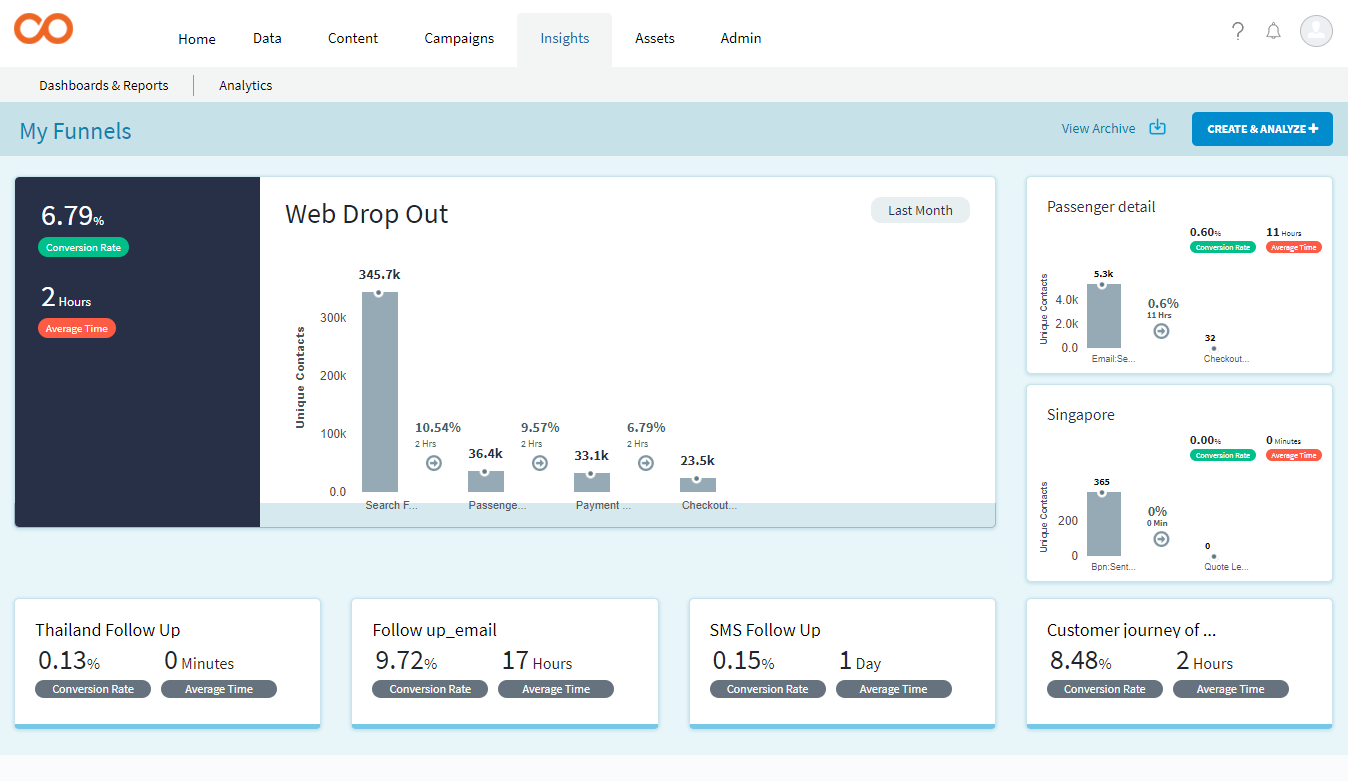 Various attributes like age, city, gender can also be compared across the funnel.

You can see the trend between 2 steps by clicking the ( ->) right arrow. It shows the dropped contacts as well as the converted contacts, and it can be saved as a segment to later consumption. 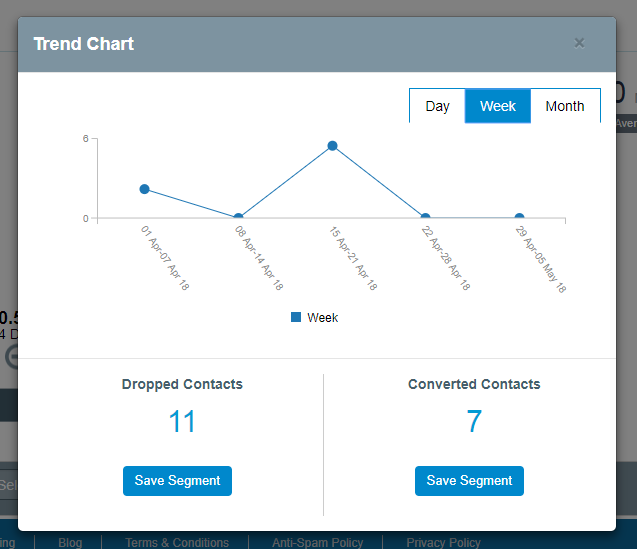