The Nudge Priority feature lets you define the priority for showing the different sets of nudges on the basis of the eligibility of the consumer cohorts. This priority will be used to decide whether higher priority nudges are shown or not or which nudge to show first whenever there are multiple nudges are competing for the same space.

This guide will help you understand how this works and how you can set the nudge priority.

This feature is available from Android Nudge SDK 8.6.8 and onwards.

Setting up the nudge priority

Please follow the below steps to set the priority for all nudges. 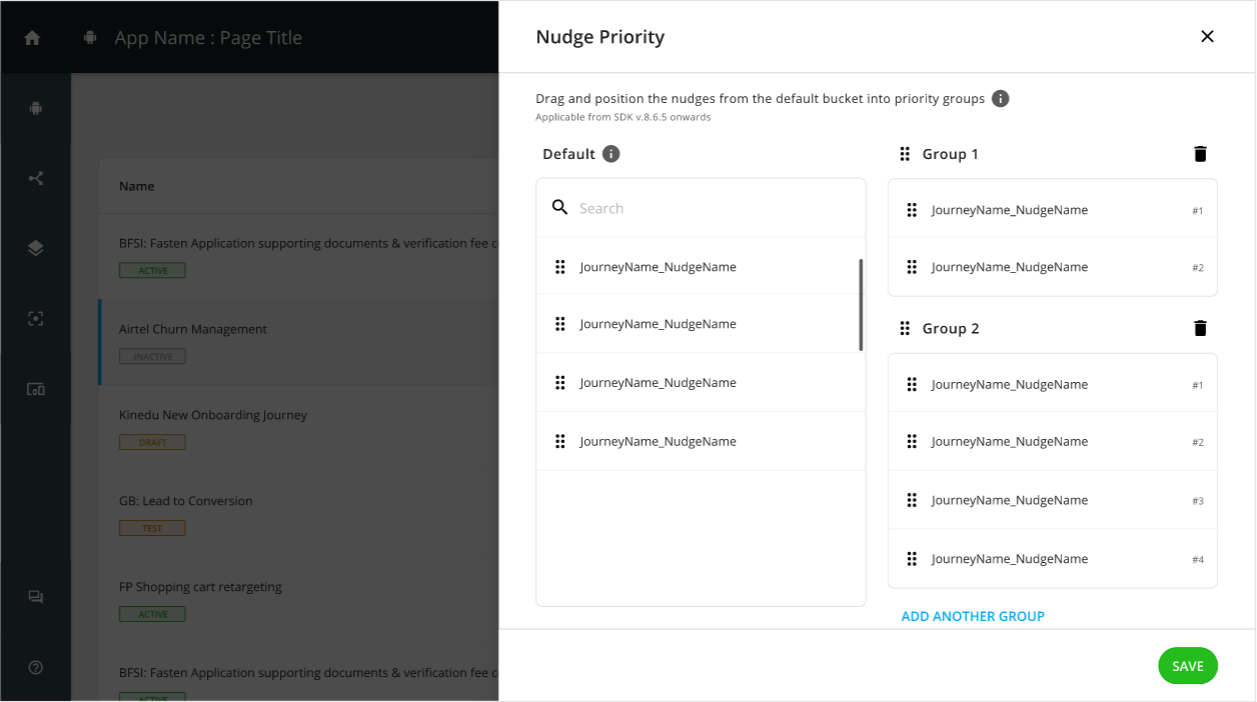 We use nudge priority and corresponding group priority values as a deciding factor whenever showing the nudge. You can expect the below behavior: