CEE now has been enhanced with the feature of Multi Message campaigns. Multi Message is essentially a campaign that consists of multiple variations of content that is being sent via the same (single) campaign.

Brand XYZ, a ride hailing service wants to run a campaign with the push notification message: “Ride more for more loyalty points” for users in Bengaluru. They however, want to run the campaign with the content in multiple languages.

They want to target users with the content in the languages as preferred by them. User A with "English", User B with "Kannada" and User C with "Hindi" as the Language attribute for example.

Via multi message campaigns, these 3 content variations will be sent to users via the same campaigns and not three campaigns.

A multi message campaign can be targeted only on User Data Tables.

A Multivariate campaign on CEE works and feels similar to any of our campaign offerings: 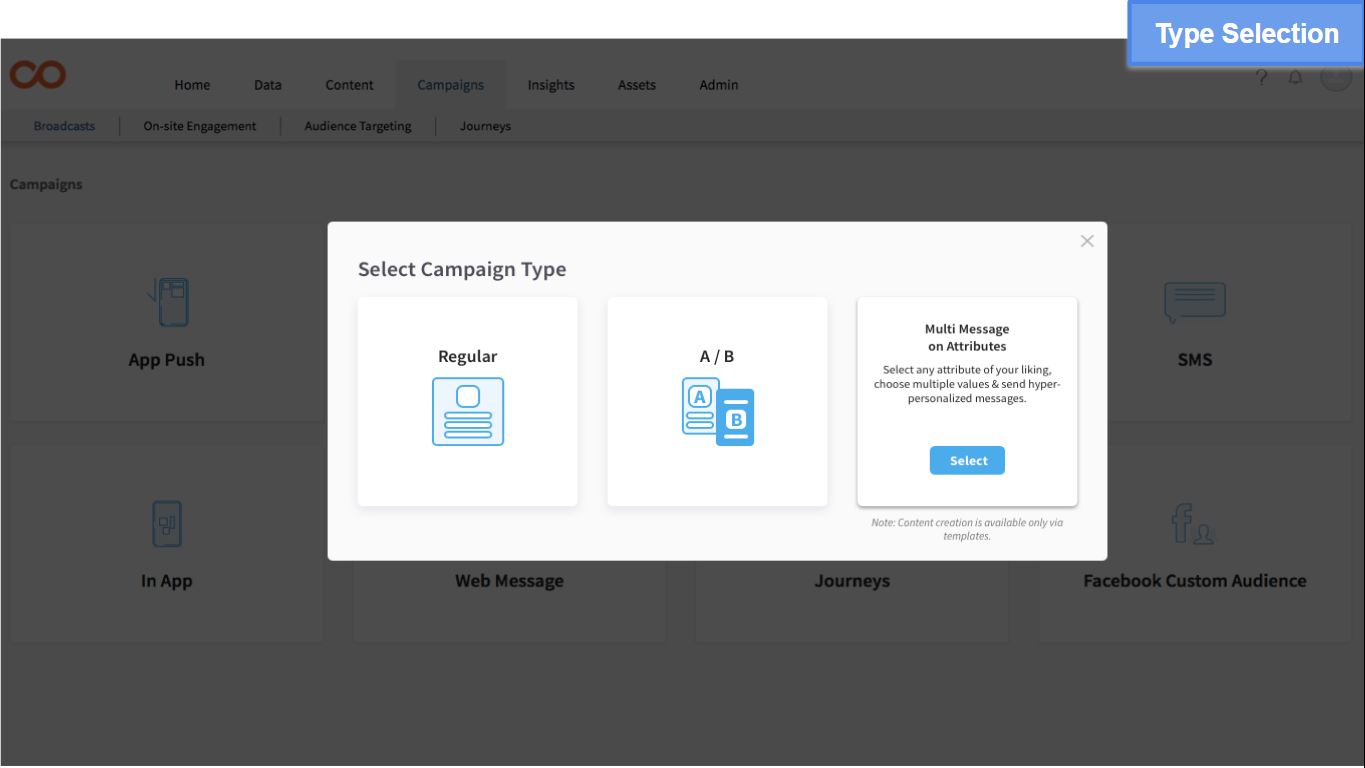 Setup the campaign similar to a regular App push campaign 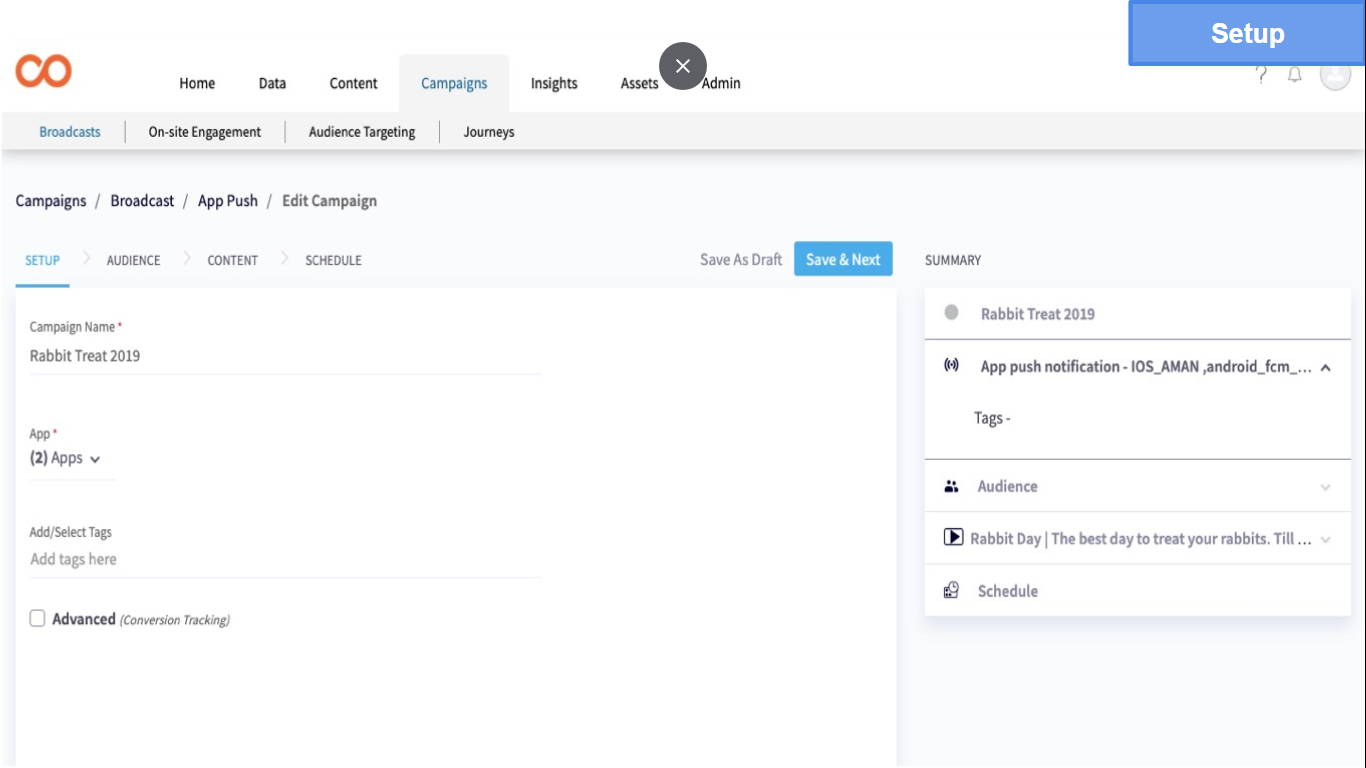 Select the Desired User Data Table as the Audience.

To test the campaign, either utilize a pre-stored User data table pushed via SFTP or uploaded via CSV or upload a csv file of the test users.

Note: CSVs uploaded are stored for a maximum of seven days. 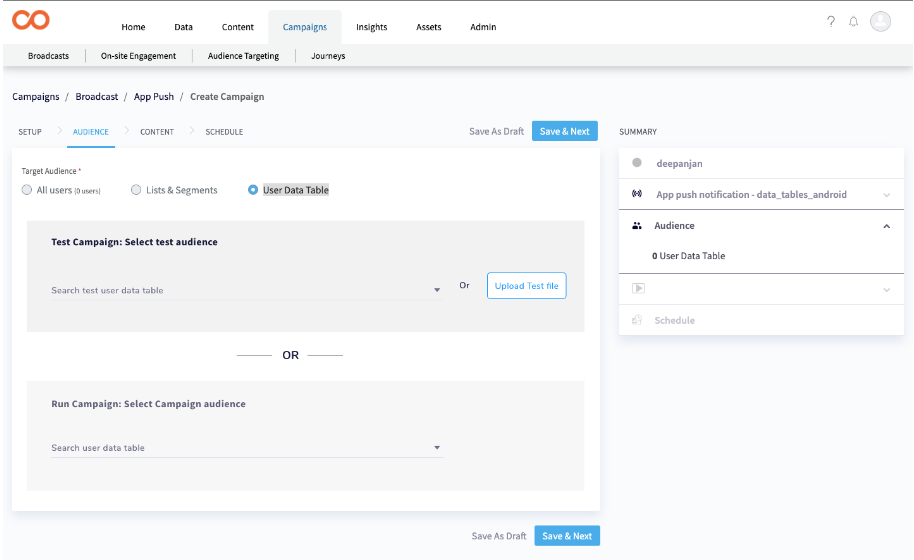 Select the "Attribute" that defines or distinguishes sets of users on the user data table to which the separate contents are to be sent. 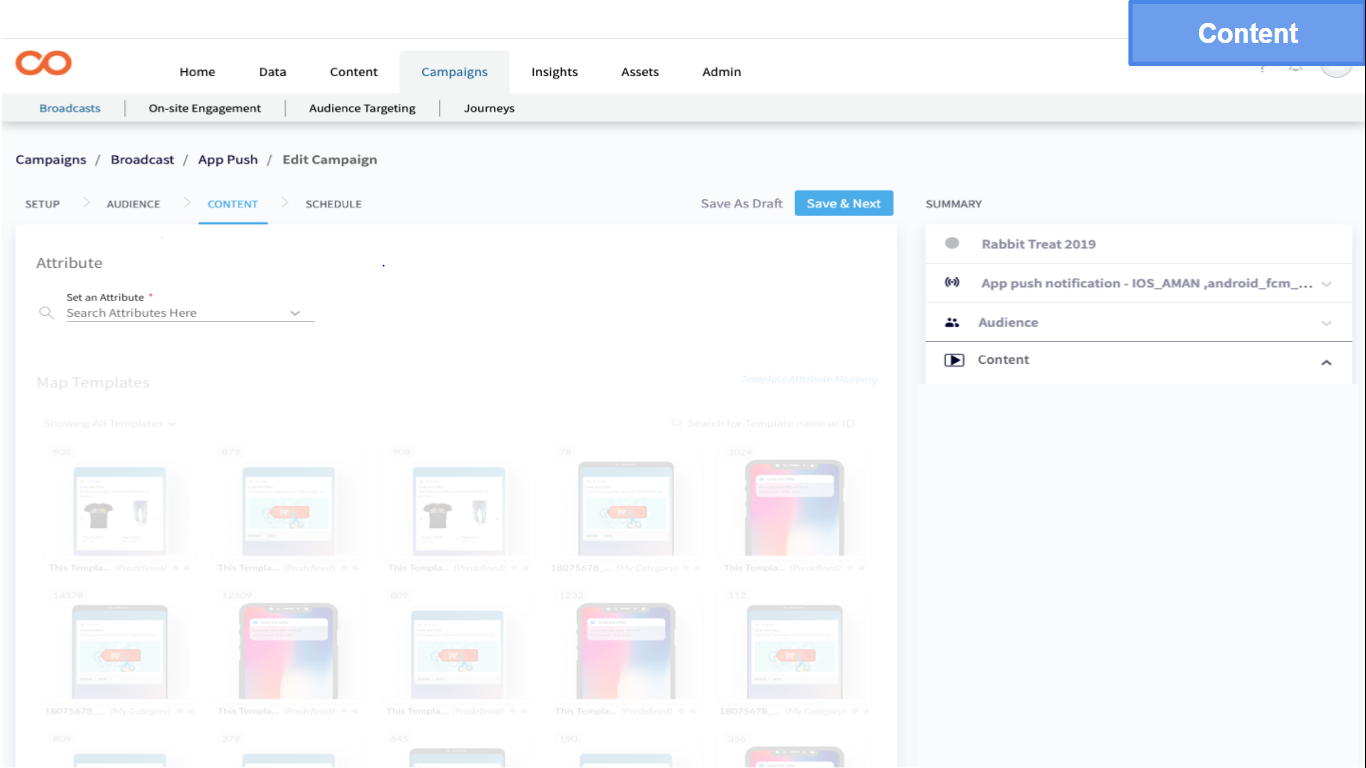 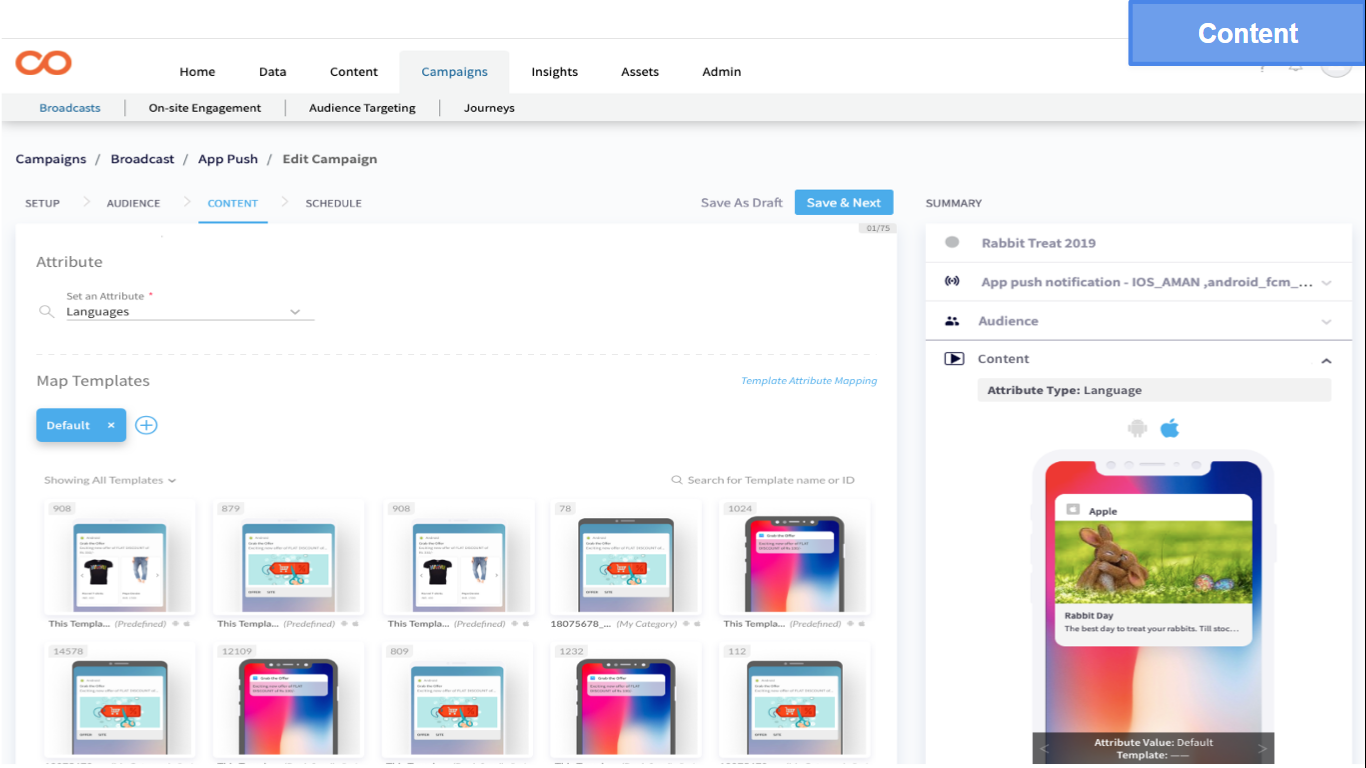 Add the distinct attribute values to which the templates (Content) are to be mapped. Any section of users to whom a template is not mapped will get sent the default template. 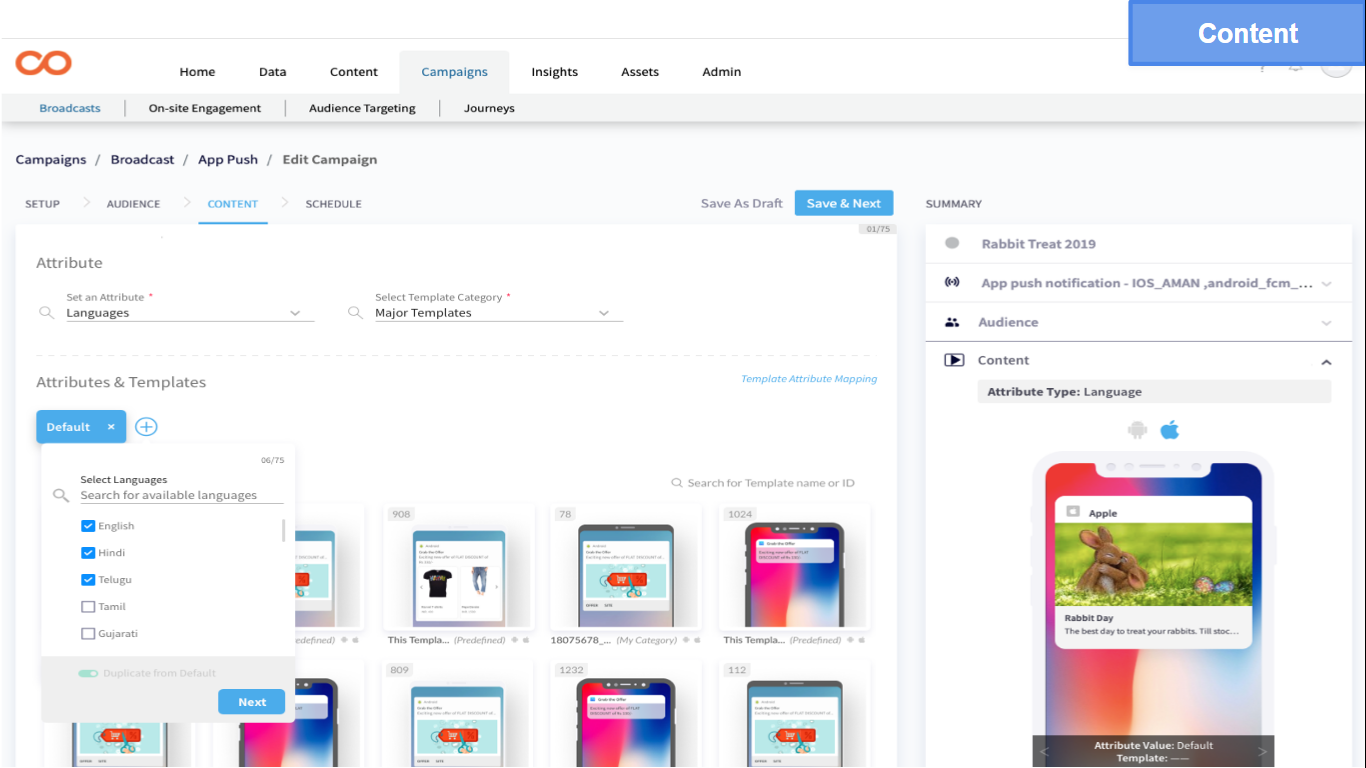 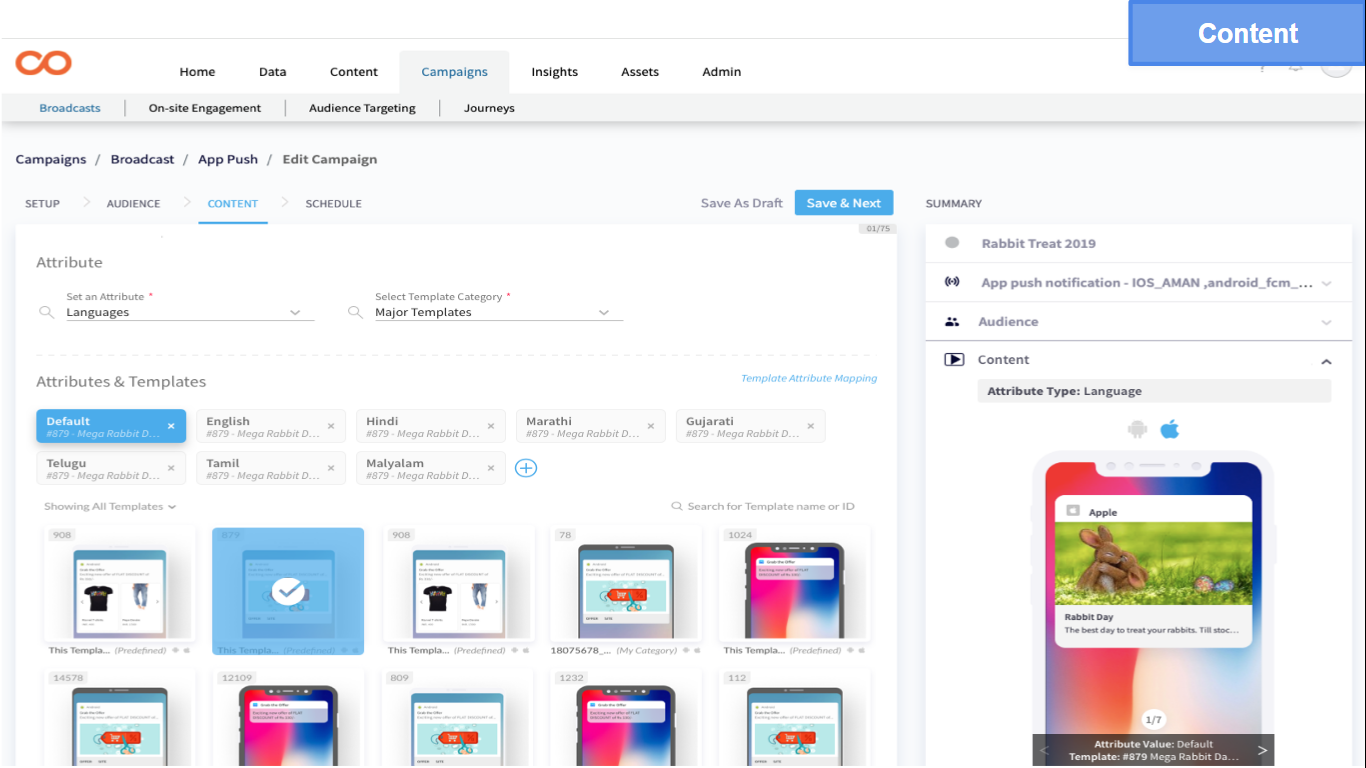 Finally schedule or execute the campaign 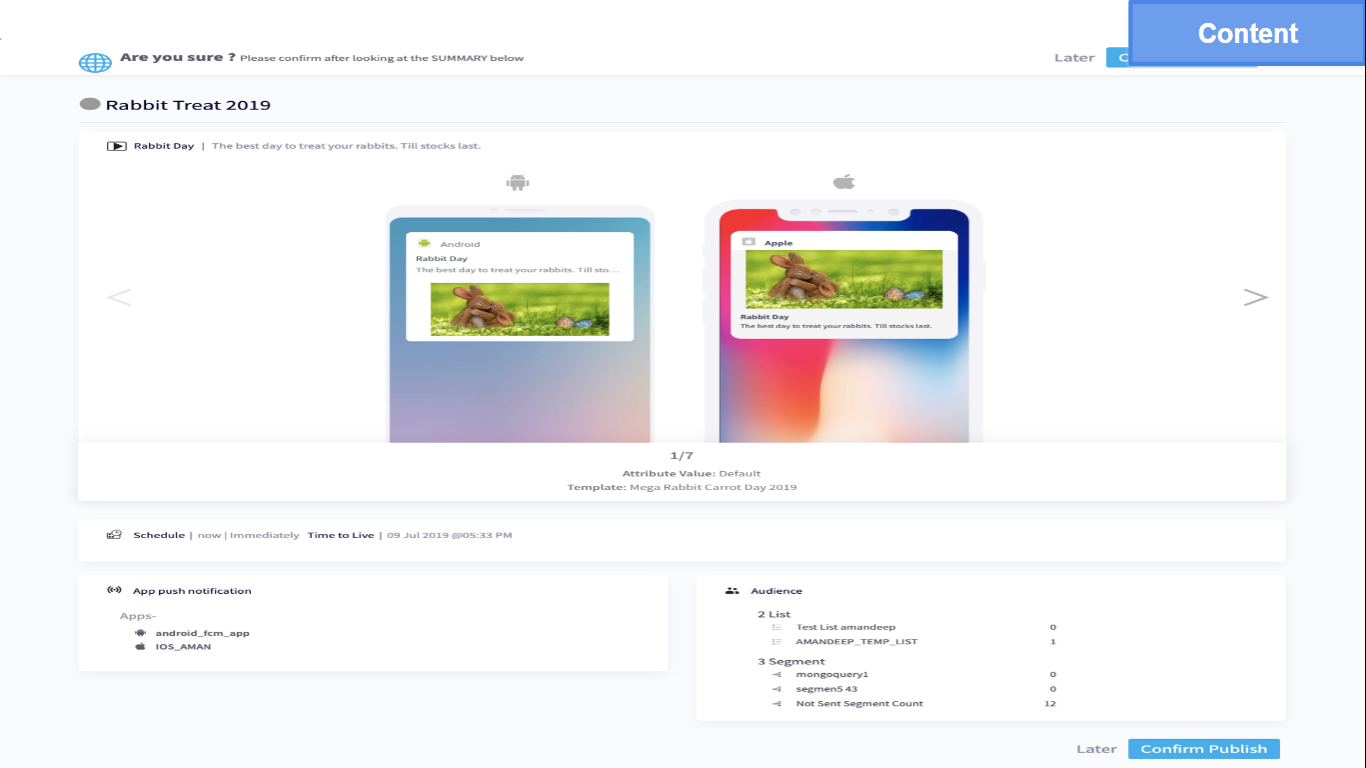